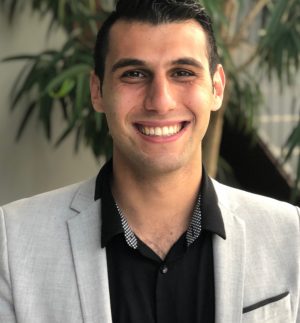 Tyler Weiss grew up locally in Central Pennsylvania and is a Certified General Appraiser. He returned to the area after studying Economics and Psychology at the University of Rochester in upstate New York.

He decided to enter into the career of commercial real estate appraising after years of learning from his father who is a real estate investor. Tyler attended many meetings with his father to collect rent payments, meet potential and current tenants, as well as attend several closings. His love of real estate expanded during his time in Melbourne, Australia working for The Block Arcade.

There, he learned the internal workings of large investment real estate, with The Block Arcade containing over 100 shopping stores and offices. His duties included property management, employee relationships, tenant issue resolutions, and city governance relations. In addition, he assisted in the creation of The Block Arcade’s website.

He was the Personal Assistant to the owner of The Block Arcade, and worked on other projects, including the development of several multi-unit apartments. Here he worked on construction, interior design, and marketing of the properties.

During Tyler’s time at university, he received honors and scholarships in business competitions, as well as participated in several academic, social, and sports clubs.

After graduating from the University of Rochester, he was immediately hired by Greg Rothman at RSR Appraisers & Analysts as a Licensed Appraiser Trainee. He quickly adapted to the new position and completed over 90 projects in his first year. In addition to advancing to Certified General Appraiser, he is a Candidate for Designation for the Appraisal Institute.

Outside of the office, Tyler is an active member of soccer programs, currently coaching at Keystone FC. He participates in adult soccer leagues through the Harrisburg Area, as well as passionately watches soccer, with his favorite team being Chelsea FC.