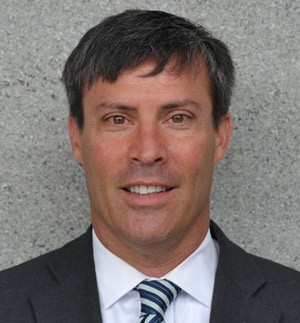 When Greg Rothman was five years old, he told his father that he wanted to go to work with him someday.  Not only did that childhood dream come true, but Greg is now working alongside his attorney-brother Garrett and son Niko as well at one of the most successful real estate and appraisal firms in Pennsylvania.

When he first started at RSR, REALTORS® in 1989, one of his earliest mentors predicted that Greg had the potential to become either the best appraiser in town or the best broker in town. Greg decided that those two titles were not mutually exclusive:  he vowed to do both. Today, it is that type of superlative work ethic and ambition that propelled him to a berth in the top one percent of real estate agents and the most exclusive designation awarded to appraisers.

While many real estate professionals would consider his 2011 appointment by Governor Tom Corbett to the State Real Estate Commission to be the pinnacle of his storied 25-year career, Greg has shown he wants to add accolades and accomplishments to his biography.

As President and CEO of RSR, REALTORS®, Greg has parlayed his ability to work hard, pay attention to detail, and manage time wisely to inspire, motivate and lead others.  RSR has grown from 12 agents in 1989 to nearly 60 in 2014.  While Greg credits the company founders and lots of luck for the company’s success, it is hard not to see his impact on the 45 year old firm.

His real estate abilities have been fueled by his exceptional communications ability, discipline acquired by his decade of military service, and a sense of urgency that moves the transactional process forward.

Today, he estimates that he devotes about two-thirds of his time to the broker side, and one-third to appraising.

“I love real estate; I love data; and I love seeing how the market changes,” Rothman said.  “It’s something I love to do, to figure out what the trends are, how the cycles work and where we are in the cycle.”  This full-circle knowledge has proven to be invaluable to buyers, sellers, developers and investors.

On his quest to self-improvement, Greg earned the MAI designation of the Appraisal Institute in 2006. The designation has long been recognized by courts, government agencies, financial institutions, and investors as marks of excellence in the field of real estate valuation and analysis. This added designation enhanced his ability to determine what a property is worth, which in turn enhanced his selling ability exponentially.

“Appraising gave me perspective, and made me a better salesperson,” Greg said.  In broadening his perspective, Greg is constantly asking:  what would I pay for this property?

Greg is especially skilled at noting what land is worth and the array of factors that inform value.  He has developed a keen sense of what the market will do, coming a long way from his first year in real estate, when he earned a meager $8,000 and was bowled over by the realization that selling is hard work.  Since that first rocky year, he gained a quarter-century of front-row experience and friends along the way.

Today, Greg personally performs about 30 appraisals a year and reviews about 150 others.  He has travelled throughout the nation conducting appraisals for unique properties and has been hired by state and county prosecutors and investigators to offer advice as an expert appraiser.

He appreciates that, in RSR, brokers help appraisers and vice versa, and that symbiotic relationship creates value that can never be quantified.

Greg’s professional success was pre-dated by his academic success.  He is a graduate of the University of Massachusetts, Amherst, where he majored in political science. He graduated first in his class with a Master of Science in Real Estate from Johns Hopkins University and earned awards for both highest GPA and best thesis.

He served in the Marine Corps from 1991 to 2001, which led to his appointment by President George W. Bush to the National Veterans Business Development Corporation to empower veterans to segue into entrepreneurship.  He has worked on political campaigns on a local level all the way to presidential.

His community service includes leadership posts for Harrisburg University of Science and Technology, the Boys and Girls Club of Harrisburg, and the Harrisburg Young Professionals.  He plays over-30 baseball, loves to run and hike on the Appalachian Trail with his Chocolate Labrador.

He lives in Silver Spring Township and has three children: Nicholas, Eleanor and Mia.