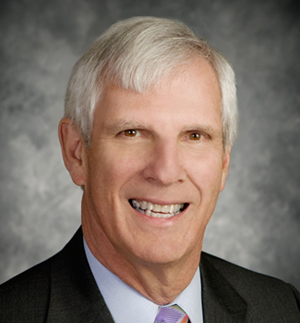 The founder of RSR Realtors a consummate “idea guy,” Bill Rothman displayed a love of the land from his earliest days as a child growing up on a scenic, 155-acre farm in Lower Paxton Twp.

After gaining inspiration from the many Realtors who approached his father about selling their family farm when he was a teenager, Bill decided to major in real estate at Penn State University. He earned his real estate license over a half century ago, in 1962, and a success story that now spans three generations began with remarkable momentum.

Bill launched his career selling only residential real estate.  Then, in the 1980s, he was asked to sell “kiddie condos’’ to coeds in “Happy Valley,” the quaint college town of his alma mater, and from there, his foray into commercial real estate took off at a sprint. He soon sold apartment houses, office buildings and even fast-food restaurants, consummating perfect match after perfect match.

Although he says commercial real estate brings added challenges, it also brings bigger numbers and bigger rewards. Bill excelled in the commercial side as he had with residential and came to embrace the rejection that is endemic to the business as just one step in the process of getting him closer to “yes.”

After serving in the U.S. Army for six years, he started “Rothman Schubert — the forerunner to RSR — in 1970 with Chuck Schubert, another top salesman.  The two started hiring agents and selling properties at a rapid pace, and their success never floundered, despite the rollercoaster economy that ensued.

Bill has always understood that real estate is about “space” — having either too much or not enough. He has a natural gift for solving his clients’ “space issues” and the record to prove it.

With longevity and reputation on his side, Bill learned that real estate can become a “rocking chair” business: If you treat people right and craft your reputation with care, people will eventually come to you when they need you.

Bill sees his transition from residential to commercial real estate as a natural progression.   The formula is simple:  he sells someone a home, and then that satisfied customer comes to him when they want to start a business, and then when that business expands, they come to him for bigger space.  That has been the RSR recipe for success for years.

In 1991, Bill received his general appraisal certification. It was a singularly opportune time; the sale of one of the area’s biggest banks increased the demand for appraisals of the bank’s real estate assets to a fever pitch.

Since then, Bill has done work for the city of Harrisburg along with municipal, state and federal governments, and his footprints are on the widening of Dauphin Narrows and countless other local highway projects.

RSR’s great fortune lies in large measure in its diversification, Bill believes.  With a commercial and residential side and an appraisal component, when one side is down, the other is up — “What you make in the tomatoes you lose in the potatoes,” he quotes from his father’s arsenal of wisdom.

Bill has built solid relationships with area developers and lauds the vast supply of high-quality new construction in the marketplace.

Always in pursuit of marketable land, RSR entered the development side of real estate when the principals realized that this dimension allowed them to better control their own destiny.  RSR has launched projects such as the upscale Millfording Highlands in Mechanicsburg and the popular Mulberry Manor in coveted locations such as behind Wegman’s food store.

RSR has an intimate knowledge of their product and the market, formed by years of experience. They know what lot sizes and housing styles are selling and where and when to buy and sell.

Bill also knows and contributes to the region.  He is active in the East Shore YMCA and the Civil War Roundtable. In one of his favorite projects, he worked with the Cal Ripken Foundation to renovate the tired baseball field used by the Boys and Girls Club on Berryhill Street into a $1.2 million Harrisburg treasure.

He and his wife, Susannah, have three children – Greg, Garrett and Elizabeth Zucker – as well as eight grandchildren.

He sings the praises of his staff — which include Greg, the company’s president and CEO and Garrett, the firm’s broker of record — as “inspired and inspiring.”  Seeing that his grandchildren are now expressing an interest in real estate, he has had the pleasure of seeing the RSR legacy shape the region, thrive and endure.